It's a TRAIN WRECK-Record label that is... 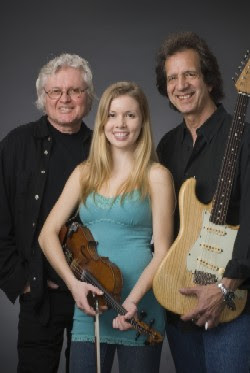 CHIP TAYLOR LAUNCHES TRAIN WRECK RECORDS IN THE U.S. ON APRIL 3RD WITH NATIONAL DISTRIBUTION BY RED
LABEL TO KICK OFF WITH NEW CDS BY GUITARIST JOHN PLATANIA AND SINGER/FIDDLER KENDEL CARSON

“I am extremely enthusiastic about having Train Wreck Records – which has been active in Europe for several years – distributed by RED in the U.S.,” said Chip Taylor in making the announcement. “In the last few years, hands-on support from indie labels has helped break the Chip Taylor and Carrie Rodriguez albums, as well as our solo projects. Guided by Heinz Geissler, Chuck and David Knoblock, the plan for Train Wreck is to continue that hands-on approach with new releases of the first instrumental/concept album by my favorite guitarist in the universe, John Platania, as well as great new artist, Kendel Carson, a young fiddling singer/songwriter,” he added.

John Platania is a well-known guitarist who has played on a number of Van Morrison albums, including the classic hits “Moondance” and “Domino,” and is currently a member of Morrison’s touring band. He’s also recorded and performed with Bonnie Raitt, Randy Newman and Judy Collins, and has been a regular member of Chip Taylor’s band for many years, both on record and on the road.

“It amazes me that John Platania has never recorded his own instrumental album,” Taylor remarked. “Of course, his unique sound is heard throughout some of the all-time great recordings, including many by Van Morrison; and I’ve been fortunate to have him weave his magic on my albums all the way back to Last Chance in 1973. But this album features John in the spotlight and it’s about time.”

Blues, Waltzes and Badland Borders showcases John Platania’s amazing skills on both electric and acoustic guitars and features special guest vocal appearances by Lucinda Williams and Alejandro Escovedo, plus narrative contributions from Academy Award-winning actor Jon Voigt and Ruben Ramos (Los Super Seven), among others. The main studio band for the sessions includes Tony Mercadante on bass, Anton Fig (David Letterman Band) on drums and Chip Taylor on acoustic guitar, with a special guest appearance on fiddle by Carrie Rodriguez. As the CD’s title implies, the new album touches on several sounds associated with Tex-Mex music, as well as blues, rockabilly and some beautiful John Platania guitar instrumental portraits colored with emotion and tenderness. All 11 songs on the CD were written individually or co-written by Platania and Taylor.

22-year-old Kendel Carson has been a professional musician for over a decade, beginning as a trained classical violinist at the age of three in her hometown of Victoria, BC. She has been a featured guest soloist with the Victoria Symphony and a member of the acclaimed National Youth Orchestra of Canada. Kendel has already toured all over the world as a member of several bands, most-recently The Paperboys, with whom she currently tours and is prominently featured on their latest CD, The Road to Ellenside.

“Carrie Rodriguez and I met Kendel Carson a few years ago at a festival in Canmore, Canada,” said Taylor. “Later, at some extremely inspiring sessions in New York, we recorded her first solo album, Rear View Mirror Tears. Kendel is a one of a kind, in talent and personality. She’s an amazing fiddle player, has her own sweet/edgy vocal sound and has a down-home honesty about her on stage that will certainly win folks over.”

On Rear View Mirror Tears, Carson is backed by an all-star band that includes Chip Taylor and John Platania, as well as Tony Mercadante on bass, Dan Rieser on drums and Seth Farber on accordion and keyboards, with special guests Carrie Rodriguez and Kendel’s brother Tyler on background vocals. Chip Taylor wrote the majority of the songs on the new CD, with two co-written by Taylor and Kendel Carson. Rear View Mirror Tears was recorded live in the studio and has the spontaneous, energized feel of a live show, with sounds ranging from Texas fiddle tunes, to tender ballads and several country roadhouse rockers that will get audiences singing along with the lyrics.

Chip Taylor, John Platania and Kendel Carson will support the release of the new CDs with an extensive touring schedule, including appearances at the upcoming South By Southwest Music Conference in Austin, as well as the first Train Wreck Records ensemble tour of the country that will see all three artists performing solo and together.